Situated on the North coast of the Madeira island, Santana is 312m high above sea level. The municipality has an area of 93Km2 and six parishes, namely:São Roque do Faial, Faial,Santana, Ilha, São Jorge and Arco de São Jorge; where 6.558 people live (2021 Census).

Santana is not the isolated and distant location that it used to be. It distances 20 minutes from the airport and 40 minutes from Funchal. 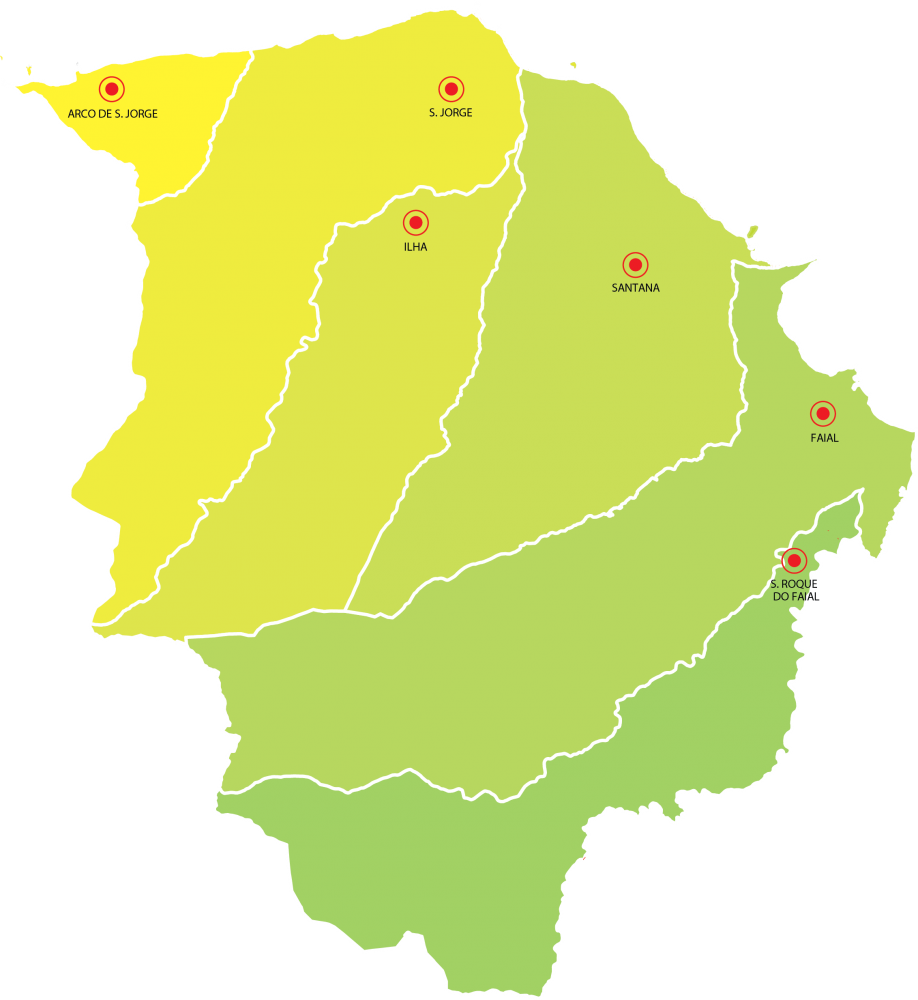 The Parish of Santana

Santana was elevated to City on the 1st January of 2001, becoming the first City of the 21st century worldwide. It is also the only City on the north Coast of Madeira Island.The parish of Santana, however, was created by royal charter on the 2nd of June of the year 1564. It is the 3rd largest parish of the municipality, with about 18 km2 and 2.838 inhabitants. 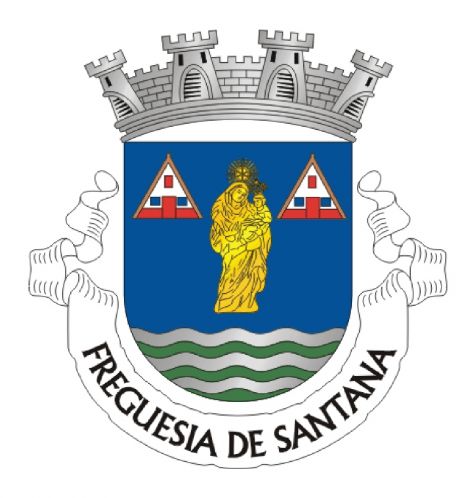 Coat of arms of the parish of Santana

It is named after its patron saint, St Anne (Mother of the Virgin), in whose honour a church was built in the year 1689. In this parish are located the majority of the municipality services, such as police headquarters, the health centre (open 24h a day) the City Hall, the municipal library, the new technologies centre, the Cultural House of Santana, the tourism office, post office, pharmacies, hotels, rural lodgings, restaurants, bars, supermarkets, banks and ATM machines, petrol stations, amongst other services.

The religious celebrations have as main attraction the flower carpets. The local population of each parish makes them, with flowers gathered the day before, by people of all ages. On the very day of the procession each locality makes their part of the carpet in homage to their patron saint. The priest will walk on the carpet and bless the flowers. It is also commom to place aromatic plants and herbs such as rosemary. Once the procession comes to its end, people collect the flowers and the rosemary for protection and luck. 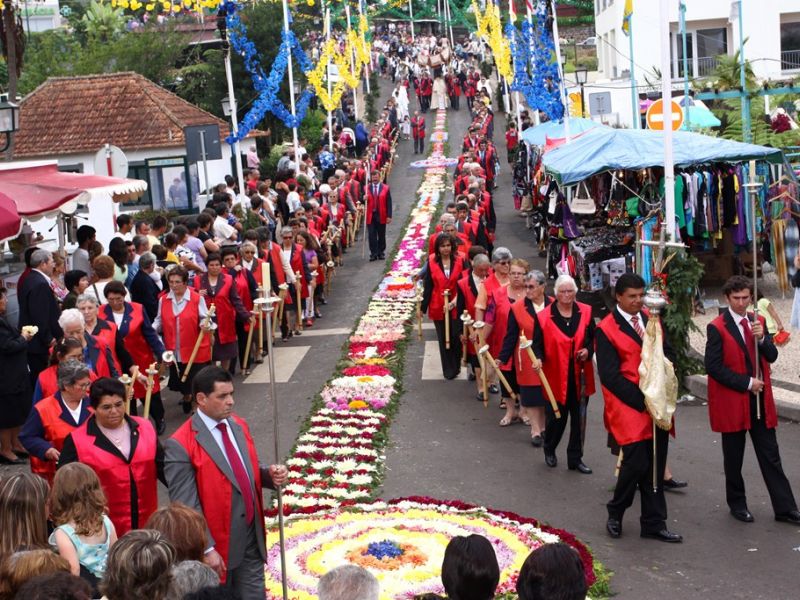 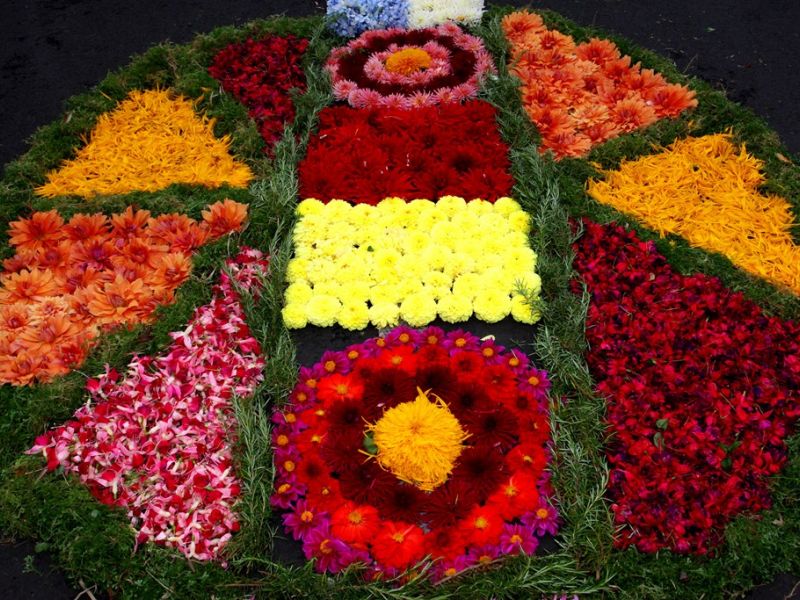 The Parish of Faial

With about 1.309 inhabitants and 22,60 km2, this parish owes its name to a considerable concentration of Faias – a tree of the genus Fagus.The parish of Faial was created on the 20th February 1550, by royal charter. Some historians defend that it must have been one of the first parishes to be populated on the North Coast of the island, together with the parish of São Jorge. 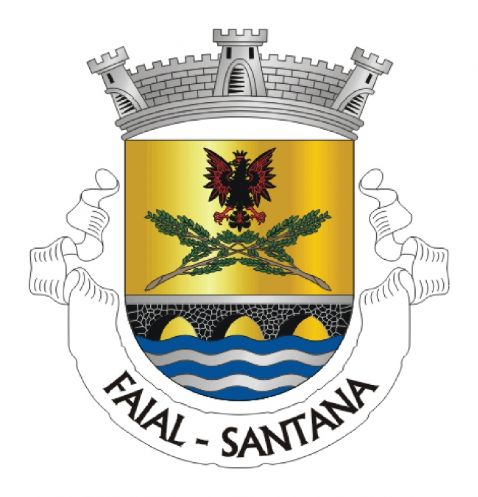 Coat of Arms of the Parish of Faial

In this attractive locality you can find services, such as a health centre, rural tourism lodgings, bars and snack bars, mini-markets, ATM machines, a seaside resort from “Foz da Ribeira do Faial” and a kart racing track, amongst others.

The Parish of S. Jorge

With about 18,3 Km2 and 1.174 inhabitants this parish would have been, according to some historians, one of the 1st parishes of the municipality to be populated. Its nucleus began to develop in the locality of “Calhau de São Jorge”, by the sea in the beginning of the 16th century. Its name – São Jorge, the warrior saint - is said to have been chosen by analogy with the strength of the waters that circle the parish. 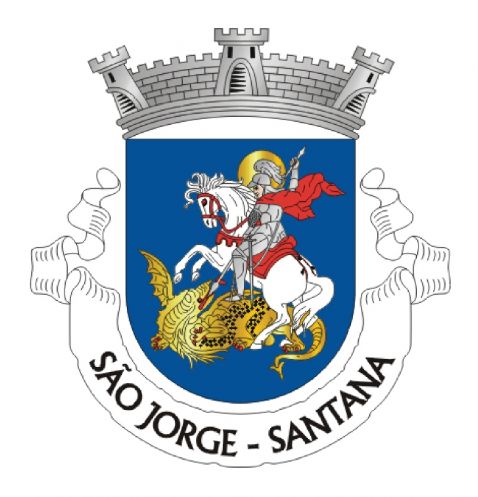 Coat of Arms of the Parish of São Jorge

The Parish of S. Roque do Faial

The Parish of São Roque do Faial was created by royal order on the 24th July 1848, during the reign of Queen Mary II ( D. Maria II). With a population of 683, spread by a 15,9 km2, from “Chão da Ribeira up to Pico do Areeiro” Its name origins from a patron saint of an old hermitage, which gave place to the 1st church of the parish, in Chão da Ribeira, in 1551. In 1883, however the church was taken by the fury of the rains, together with the agricultural plantations. 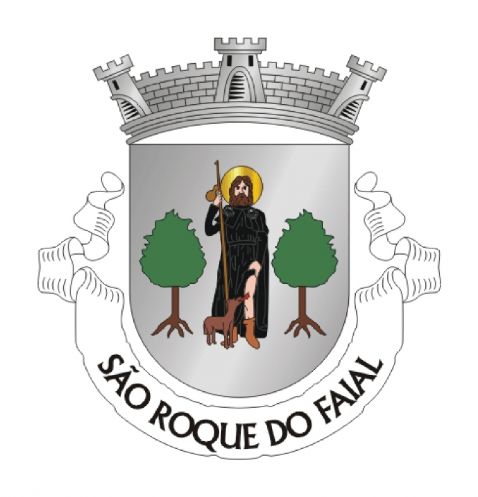 Coat of Arms of the Parish of São Roque do Faial

Not different from all the others localities of the municipality it is marked by a rural population, quite visible given the large extension of agricultural plantations.

In this attractive locality you can find services, such as a health centre, rural tourism lodgings, restaurants bars and snack bars, mini-markets, amongst others.

The Parish of Ilha

ILHA (literally translated island) is one of the most recent parishes of the municipality. In 1989 it became autonomous from the parish of São Jorge. Its name is due to the fact, that its geographical location is very similar to an island itself, for it is surrounded by water.

With 15,4km2 and about 189 inhabitants, its biggest wealth is it’s nature reserves, namely from “Achada do Marques” to “ Caldeirão Verde”, its natural waterfalls and its geological heritage. 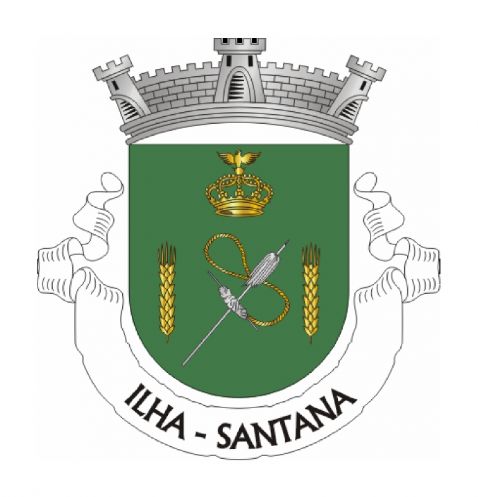 Coat of Arms of the Parish of Ilha

In this charming locality you can find services, such as a health centre, bars and mini-markets, amongst others. And also have the chance to taste “Ponchilha” a local drink.

Arco de São Jorge - was part of São Jorge parish until 1676 when it became autonomous. It was named after the arch like mountains that surrounds the locality. It is the smallest of the six parishes of the municipality, with no more than 3,5 km2 and 365 inhabitants. 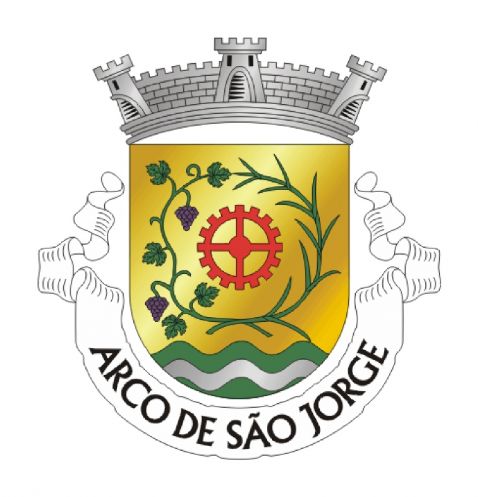 Coat of Arms of the Parish of Arco de São Jorge

Its patron saint is São José (Saint Joseph), and it’s celebrated on father’s day on 19th of March. A Church to honour São José was built on 19th March 1744.

In this charming locality you can find services, such as a health centre, a library, a multimedia centre, rural tourism lodgings, snack bars, mini-markets, among others.