The Municipality of Santana is characterized not only by its natural heritage, with its beautiful landscape and forest wealth, but also by the valuable and extensive cultural heritage. In the built patrimony heritage, the buildings classified as "County Value" should be noted, as the :

Other buildings of cultural interest mark and contribute to the harmony of the landscape of the municipality of Santana, such as traditional houses, in their various types, including most importantly those with thatched coverage and two-storey buildings of carved stone, with coverage of Marseille tile or cement and also the water mills that played a key role in the domestic economy of the county.

We highlight, for example, the Achadinha water mill, recovered under the guidance of the Regional Directorate of Cultural Affairs (DRAC), which remains in operation, serving the population in the grinding of their grain for domestic use, chiefly wheat and corn.

Located in the parish of Faial, the Capela da Penha chapel is a small chapel with a single nave carved in a block red volcanic tuff, built in the seventeenth century, in the year 1685.

It had earlier cult use in the center of the fief.

Currently, the Capela da Penha chapel is home to an annual pilgrimage, which occurs on the third Sunday of October. 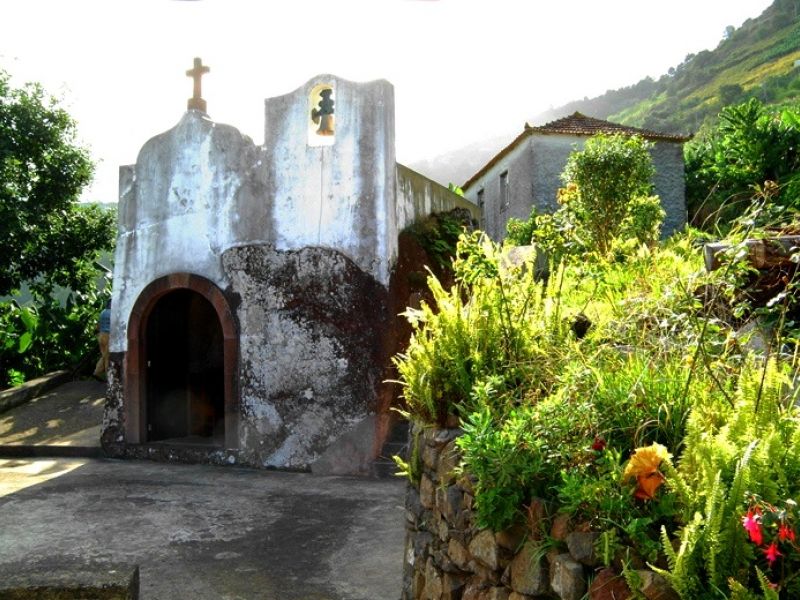 Since it is not a real fort, the "Fortim do Faial" was built in XVIII century as local garrison against potential invaders.

Located in a strategic place with a comprehensive view of the coast of Faial, the fort was armed with small English cannons, which were used in the festivities of Nossa Senhora da natividade (Our Lady of the Nativity). 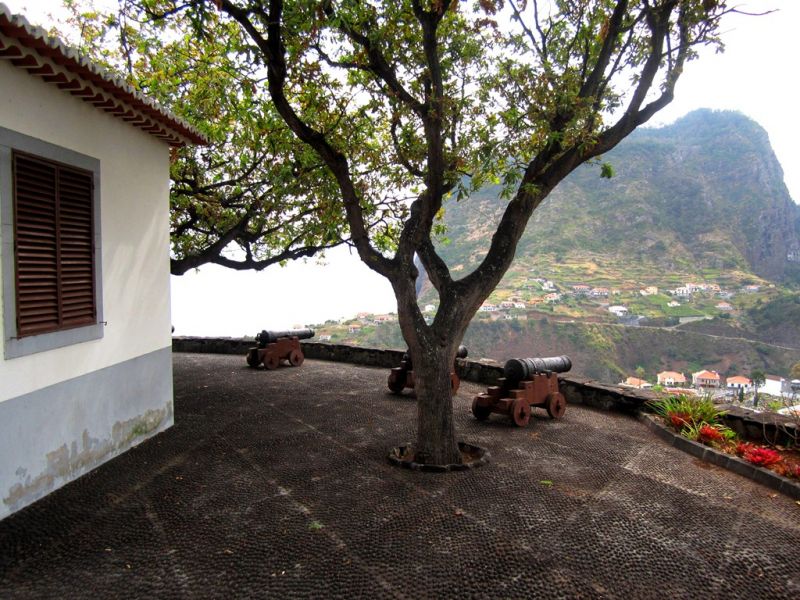 The Bridge of Faial

Built in the early twentieth century to unite the two sides of the parish of Faial separated by the Faial watercourse was inaugurated in 1904.

Popularly known as the "Bridge of the seven mouths," for its seven arches, the bridge was the longest bridge in Madeira with a total length of 130 meters.

In May 1st of 1984, a storm has destroyed four of the seven arches that formed the bridge of Faial, remaing the rest of the structure as an historical landmark of the parish and the county. 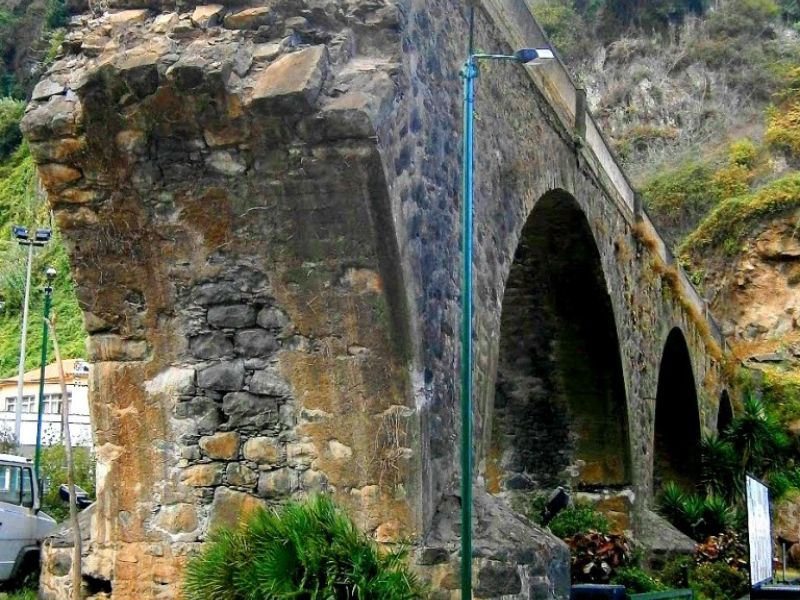 The Bridge of Faial

The Fountain of Santa Ana

Set in the twentieth century, in 1955, the fountain is located in the parish of Santana, near the rectory.

It is a representative structure of the times when there was no public system of drinking water, which was obtained by the population in the fountains that existed in the municipality. 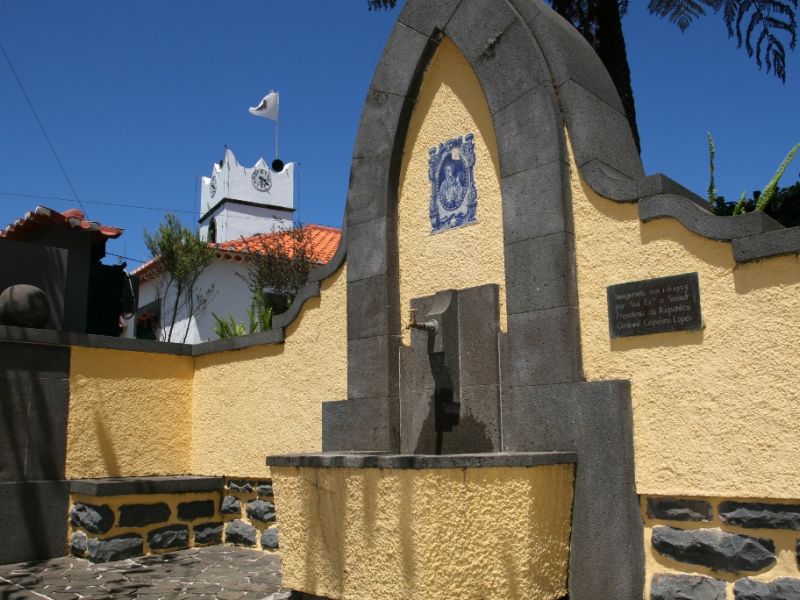 The Fountain of Santa Ana

Undoubtedly the ex-libris of the built heritage of the county, the mother church of São Jorge parish, of religious baroque architectural style, houses in its interior, particularly in its main altar, a beautiful Baroque carving, which falls on its walls a nice set of paintings. 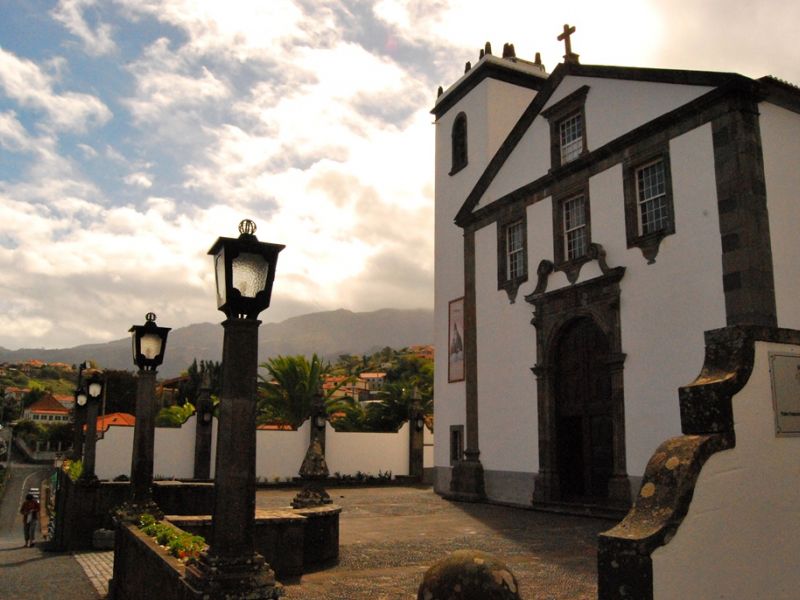