Santana’s typical houses are one of Madeira’s biggest signatures. Spread in numerous promotional posters throughout the world. We estimate that these small-thatched triangular houses, built of wood and thatched with straw, are trace of primitive constructions. As being one of Madeira’s most abundant natural resources, it was easy to find and not expensive.

Cereals, such as corn and rye were part of the population daily menu. They were turned to flour, and afterwards to bread and home-made pasta or noodles. The straw was then put to use to cover the houses. 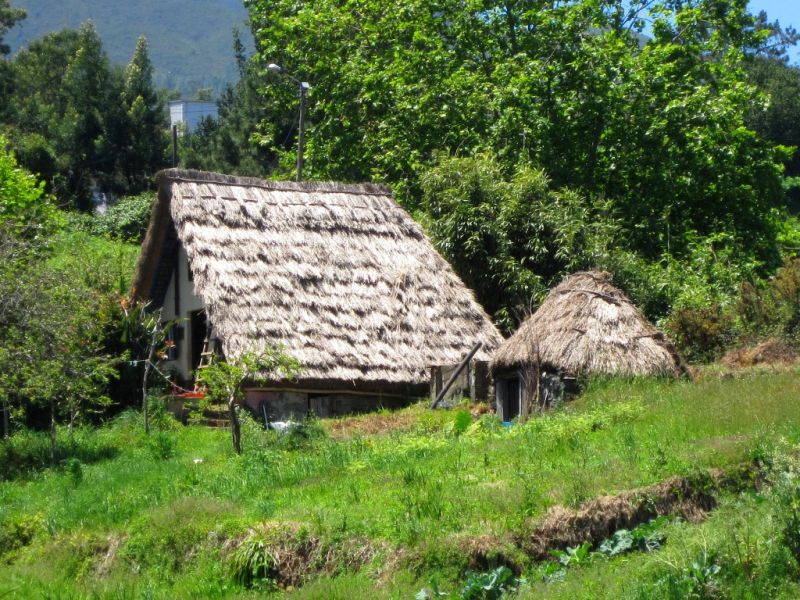 In former times, this type of construction was spread around the island. Despite of the covering being made simply of straw, it’s sharp angle of inclination forces rain to drain, preventing it from soaking in, ensuring it is impermeable.

These materials also ensure pleasant temperatures, both in summer and wintertime. Three types of construction can be identified, namely: the “empena” or “de fio” houses; the “meio-fio” houses and the four water (“quarto águas) houses.

In the “empena” houses, the longitudinal wooden beams were supported directly on the ground. The “meio-fio” houses constitute a gradual development, allowing better use of space, as the covering finishes 60cm from the ground. The four water (“quarto águas) houses are also known as “the round houses” because of its covering appearance. These are the most seen in São Jorge, one of Santana’s parishes. 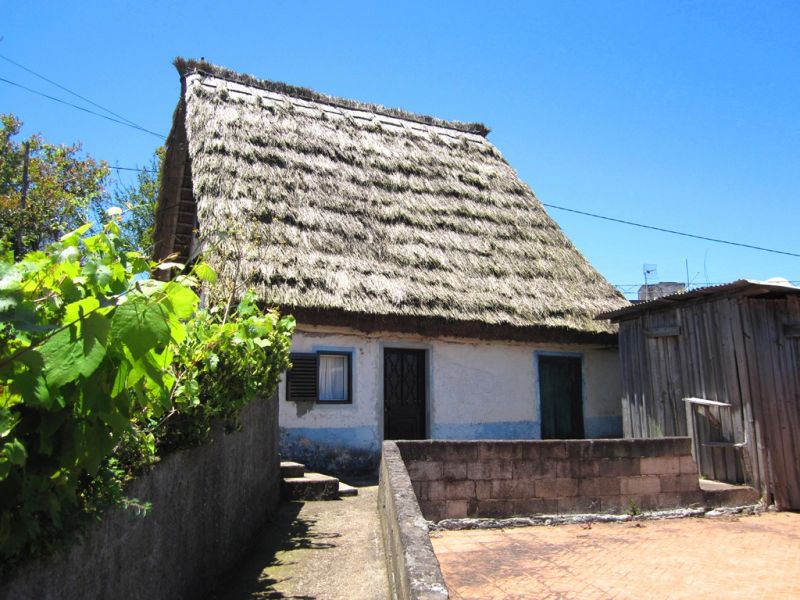 The houses have an attic, where agricultural products (like seeds) were kept, a ground flour normally the living area, which was divided in two areas by a partition wall/ frontlet. Depending on the declivity of the land on which they were built, some houses also have a basement, also known as “loja”.

The access to the attic could be made from inside the house, trough a trap-door, or from outside using a stepladder.The kitchen was held in a different construction, also with a straw roof, where besides cooking women also managed other tasks, such as embroider, sew, spin and other domestic and agriculture related tasks. 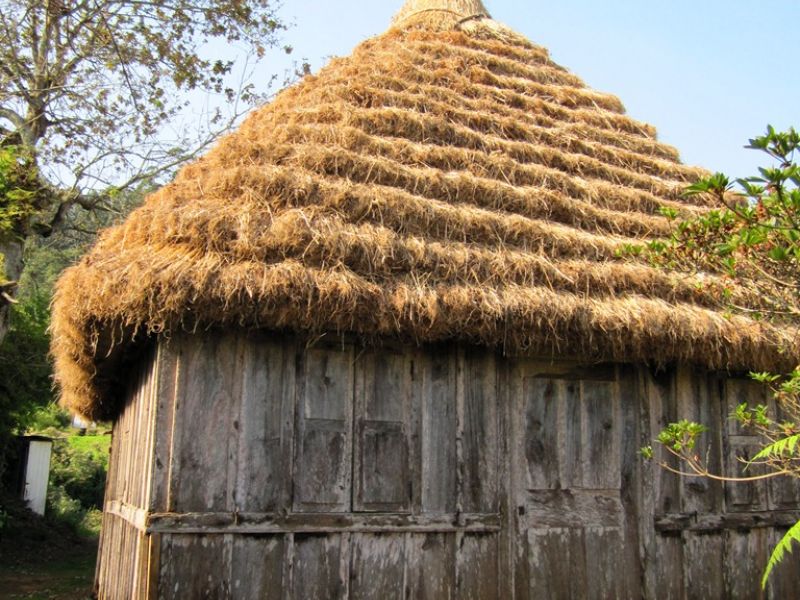 There were also haylofts, similar constructions built to keep the livestock. Nowadays, aiming to preserve the local patrimony, city hall made use of abandoned lands to plant maize and rye. These plantations allow the utilization of the straw to maintain the typical houses. 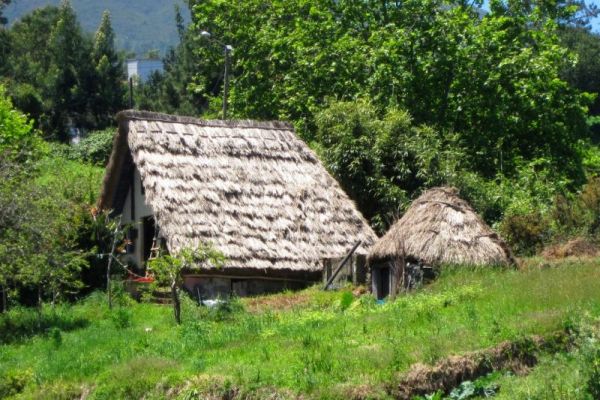 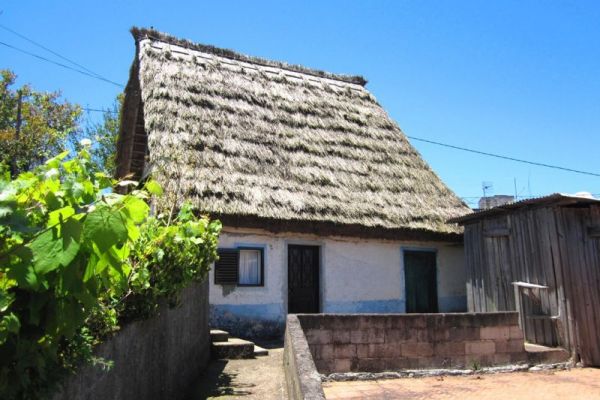 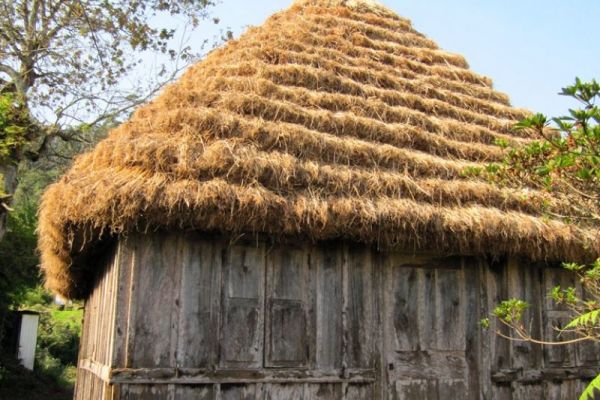 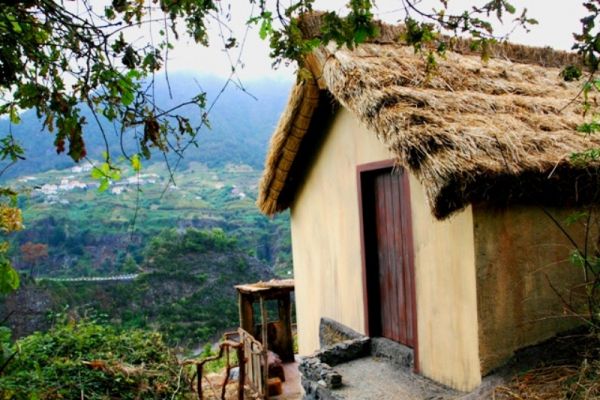 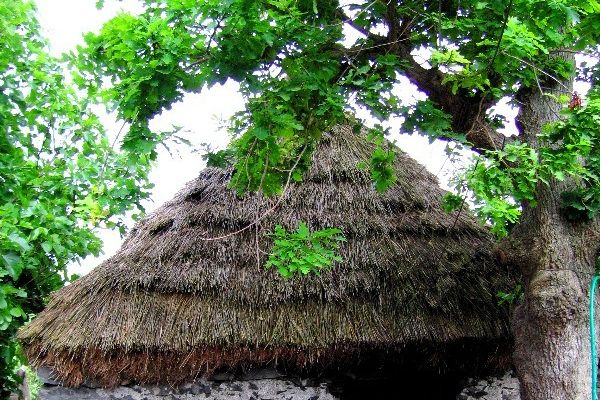 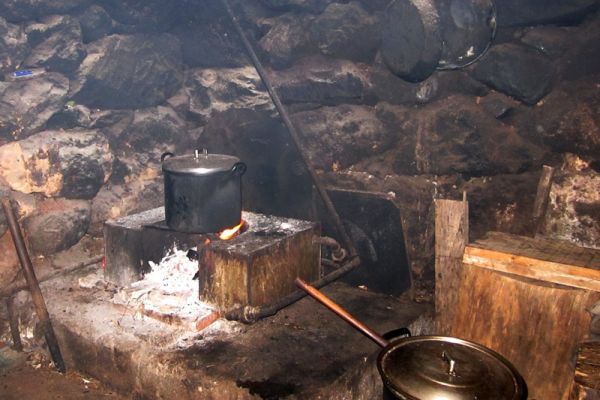 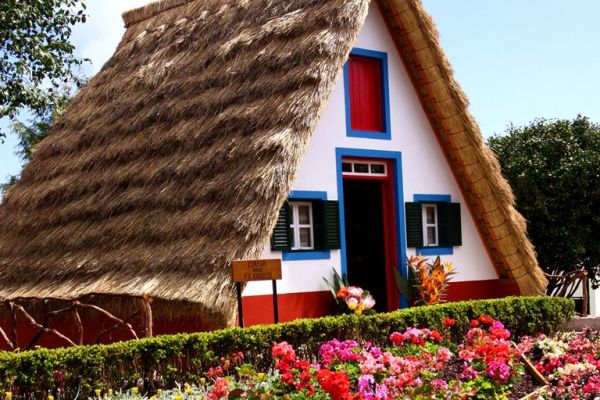 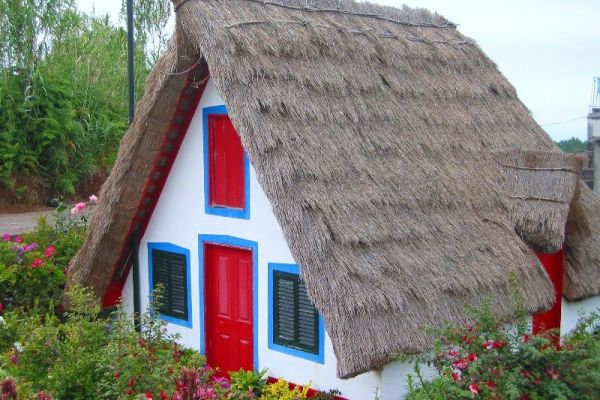 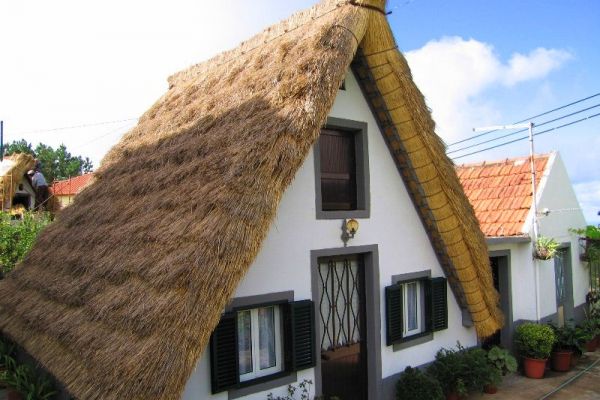 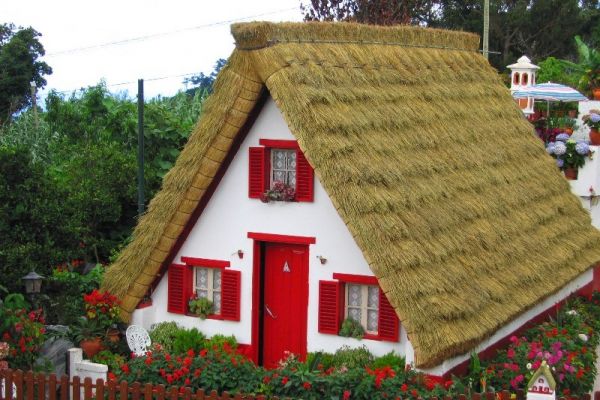 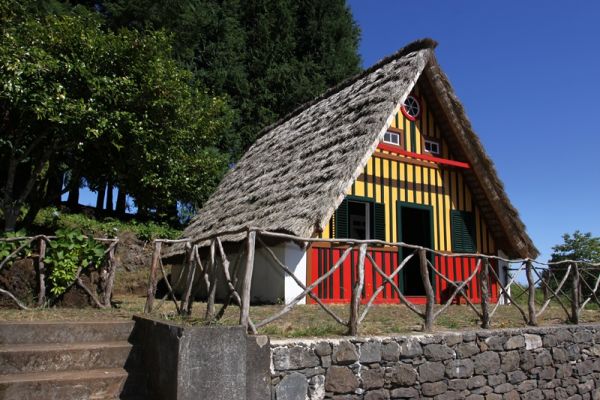 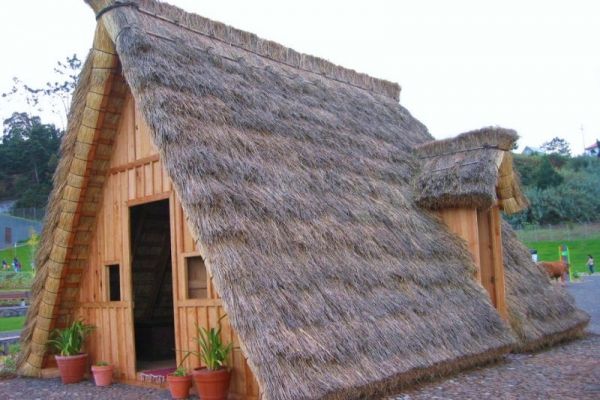 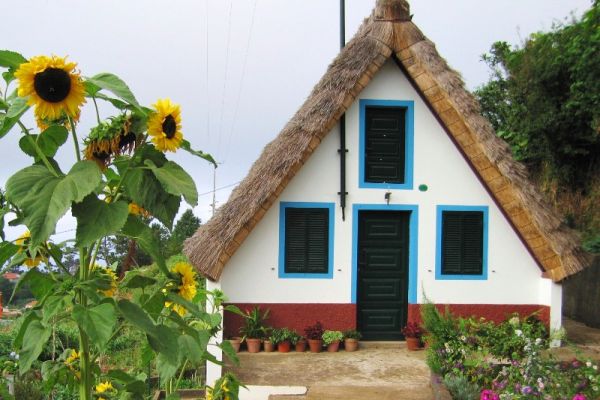 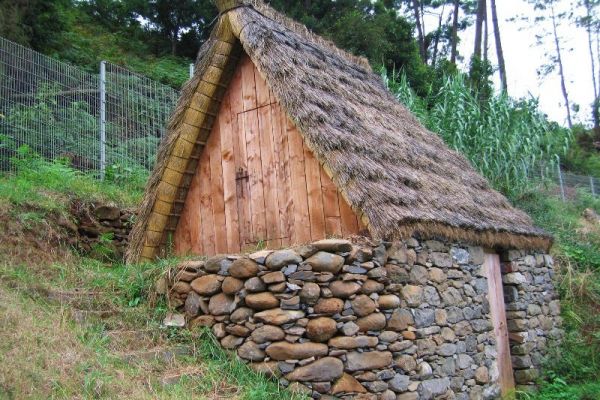