The Laurissilva Forest [in Latin laurus (laurel), silva (forest, wood)] is astonishingly diverse and rich. In 1999 it was classified as World Natural Heritage by UNESCO.

This forest of humid subtropical species constitutes an important botanical and scientific ecosystem, valued by the thousands of people which visit it every year.

It is considered a relic whose origin dates back to the Tertiary (20 million years), which occupied vast areas in southern Europe and the Mediterranean basin. 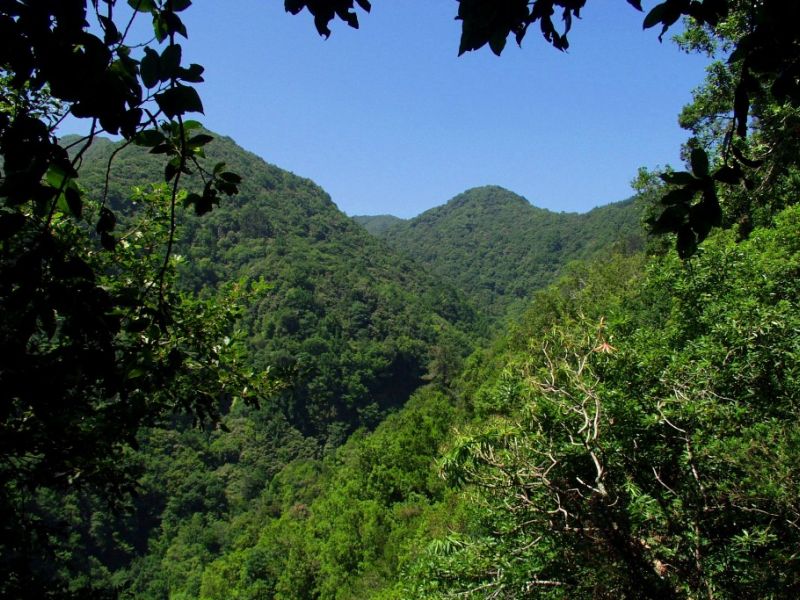 Laurissilva, typical habitat of the bio-geographical region of Macaronesia.

Dramatic climate alterations, such as the advancement of polar ice sheets led to its extinction in higher latitudes, allowing, however, its survival in the areas included in the biogeographic region known as Macaronesia, where the mild weather, characterized by its temperate humid climate determined by the Atlantic Ocean, guaranteed its survival.

Studies Neves (1996)[1] confirm that the Laurissilva forest comprises approximately 15,000ha, conserving one of the largest surviving area of primary laurel forest or "Laurissilva". It is believed to be representative of 90% of primary forest.

It is located between 200 and 1600 meters of altitude, mainly in the “Costa da Laurissilva” in the northern slopes, inaccessible to most activities and human installation.

In this complex and diversified ecosystem, vegetation is the protuberant element. The property includes massive ancient trees, some of which centenarians, natural monuments such as the “Til” (Ocotea foetens), The Laurel (Laurus novocanariensis), the “Vinhático” (Persea indica) and the “Barbusano” (Apollonias barbujana). 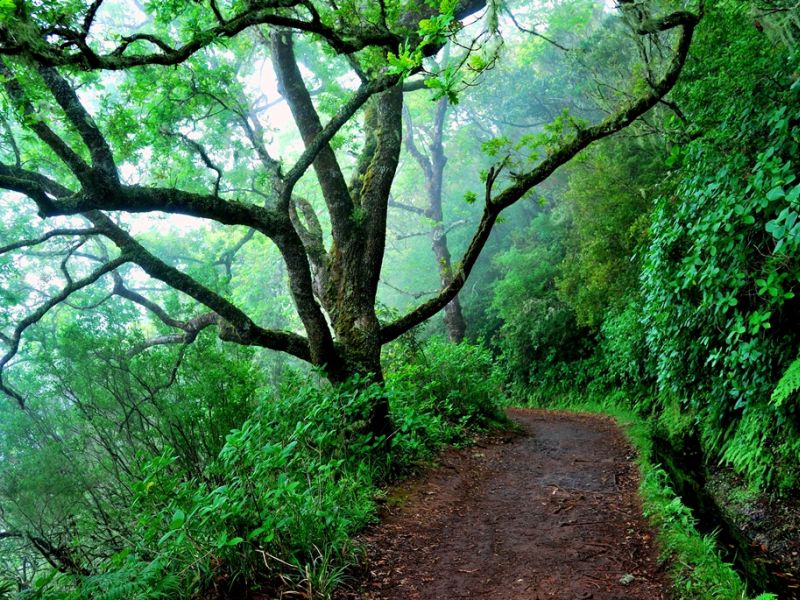 Biological diversity of the Laurissilva forest.

It is however in the lower substrate that this forest reveals its richness giving shelter to numerous shrub and herbaceous endemisms, being also important to highlight the great diversity and density of bryophytes and lichens communities.

In the fauna domain we find specially a great diversity of endemic insects and mollusks. And birds, with a high percentage of endemic species, deserve a special attention.

The indigenous forest plays an important role in maintaining the ecological balance of the island, namely as far as the hydrological balance is concerned, since it is the main responsible for the collection, retention and infiltration of water from rainfall and fogs, contributing to its almost constant replacement.

The necessity to transport and distribute the water to the whole island motivated the construction of a network of irrigation channels – Levadas.

This network of hydraulic channels extends for hundreds of kilometres trough Laurissilva areas and basaltic tunnels becoming one of the richest pieces of the cultural heritage of Madeira Island and reflects the possibility of human intervention without affecting the ecosystem significantly. 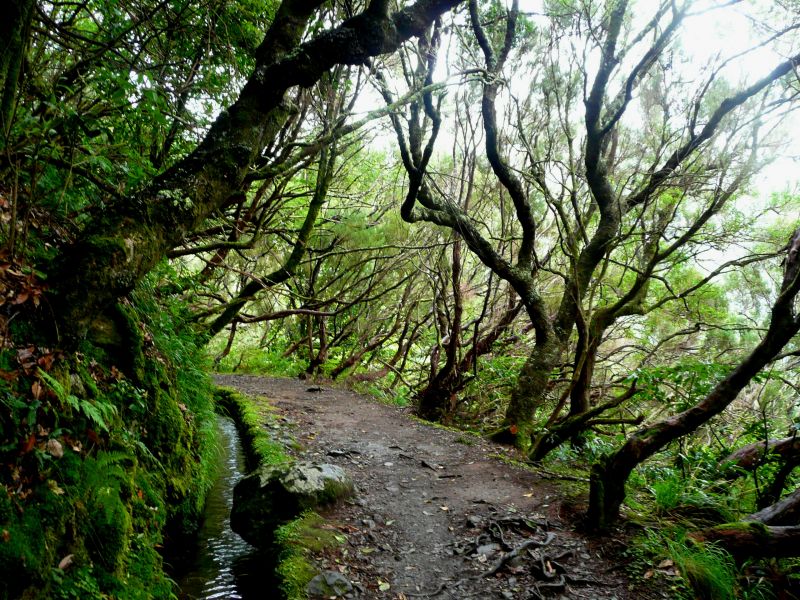