The geographic localization and the edaphoclimatic conditions of Madeira allow the existence of complex and diversified terrestrial ecosystems, which translate into diverse habitats comprising a wide variety of flora species. This results in a multi-stratified forest with a rich biodiversity.

The Laurissilva from Madeira comprises various levels of vegetation and it is structured in 5 bio climates, which vary according to altitude and north or south exposure.

Near the littoral the vegetation is manly xerophytic and is designated Zambujal(Olea europaea L. ssp. Maderensis) for it is dominated by Zambujeiro trees (wild olive). 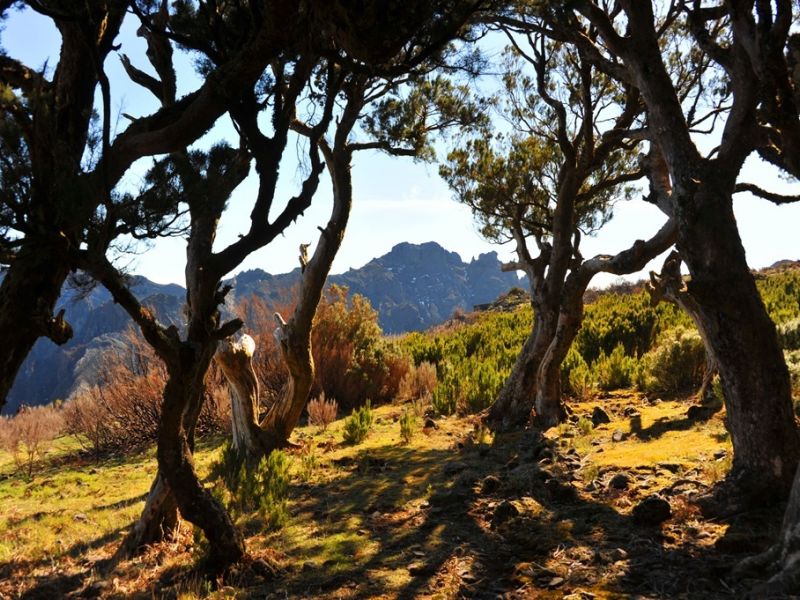 In this forest, trees of large dimensions belonging to the family of the Lauraceous are predominant, for example the “Til” (Ocotea foetens), the Laurel (Laurus novocanariensis), the “Vinhático” (Persea indica) and the “Barbusano” (Apollonias barbujana).

These trees are joined by other families of trees such as the Wax myrtle (Myrica faya), the Canary holly (Ilex canariensis), or the Lily-of-the-valley tree (Clethra arborea), as well as by the endemic species “Aderno” (Heberdenia excelsa), Picconia (Picconia excelsa) and the very rare Madeira Pittosporum (Pittosporum coriaceum).


In the shrub vegetation stratum stand out the heather (dominated by the Erica arbórea and the Erica scoparia), the Madeira blueberries (Vaccinium padifolium), the Madeira Broom (Genista tenera) and the Dogwood (Rhamnus glandulosa). As far as endemic species are concerned the Pride of Madeira (Echium candicans) and the Honey Spurge (Euphorbia mellifera) stand out for their evolutionary particularities. 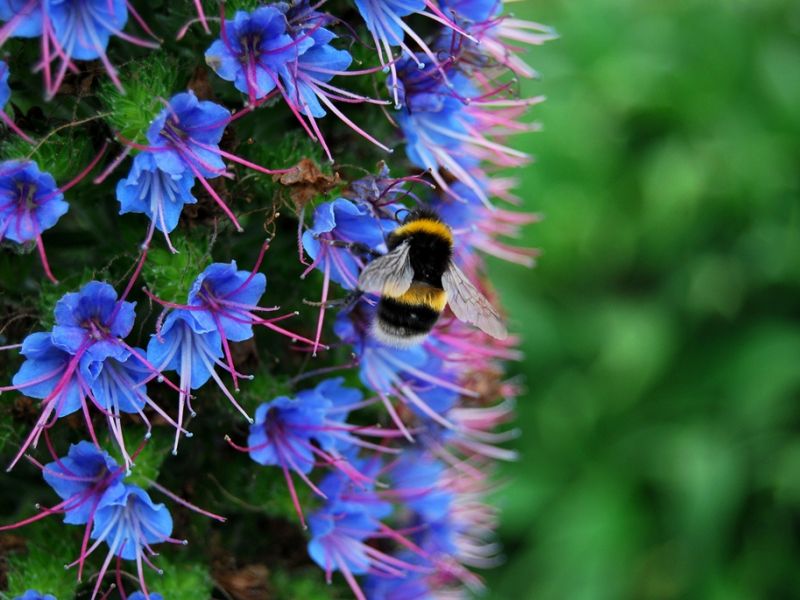 Pride of Madeira (Echium candicans), one of the most emblematic endemic species of the Laurissilva.

The inferior stratum of vegetation constitutes one of the most significant of the Laurissilva either in biodiversity or in total area. It is present in almost all types of terrestrial habitats existent in the island.

The Pteridophyta (ferns) are abundant in the deep valleys. Standing out for its rarity amongst the endemic species is the Culcita macrocarpa


A Wide variety of bryophytes (mosses) cover large surfaces and present a high rate of extremely rare species endemic to Madeira, such as the Fissidens nobreganus a moss found in the bark of the “Til”, the Thamnobryum fernandesii, which occurs in the waterfalls, and the equally rare hepatics Porella inaequalis and Tylimanthus madeirensis. 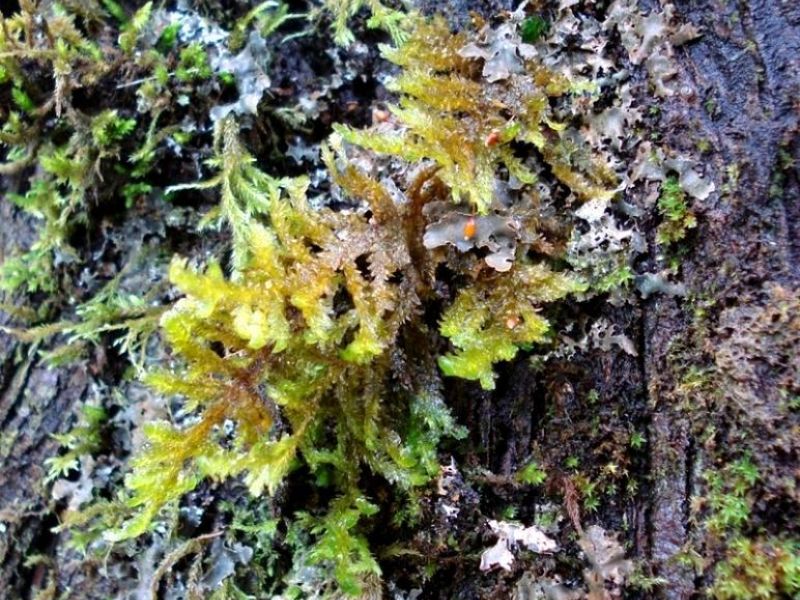 Bryophytes in the Laurissilva

These plants play an important role in the ecosystem especially in the maintenance of the hydric balance, due to its high efficiency in water retention, in the mineral cycle and in biomass production.

The Central Mountainous Massif also comprises important species of the flora. The vegetation of this area is essentially characterized by altitude vascular flora, above the 1.300 metres, comprising 54 endemic species [2] from which are examples the Mandon’s Chrysanthemum (Argyranthemum pinnatifidum subsp. montanum), the Heather (Erica maderensis), the Hyssop (Micrometria varia subsp. thymoides) and the Rosemary (Tymus micans). 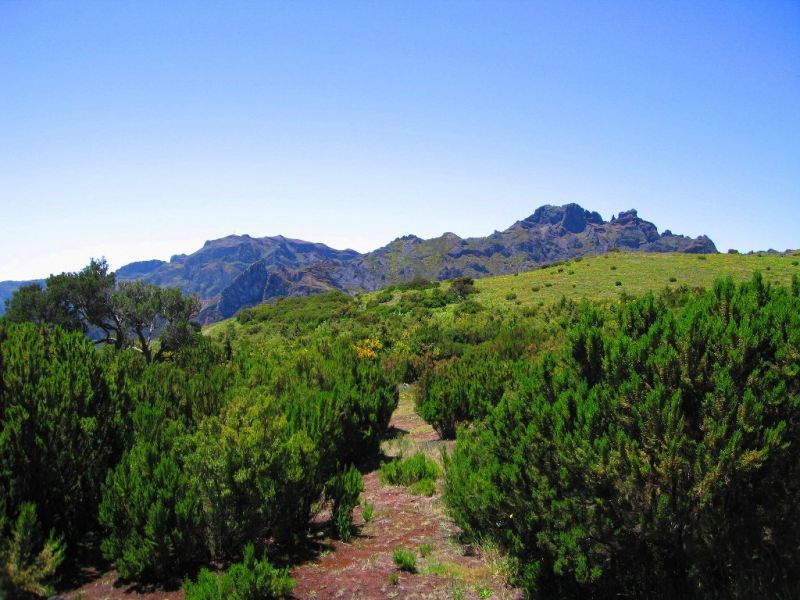 The bryophytes extend to large areas and play an important role in the ecosystem’s dynamics, prominently in the stabilization of the soil.

The flora in the “Rocha do Navio Reserve” is characterized by vegetation endemic to the coasts of the Macaronesia regions, also comprising species endemic to Madeira, such as the Pride of Madeira (Echium nervosum), the Saucer Plant (Aeonium glandulosum) and the Fish Stunning Spurge (Euphorbia piscatoria), in addition to the Juniper (Juniperus turbinata ssp. canariensis) – a very rare endemic Macaronesia tree, that in this islet reached one of the biggest sizes known. 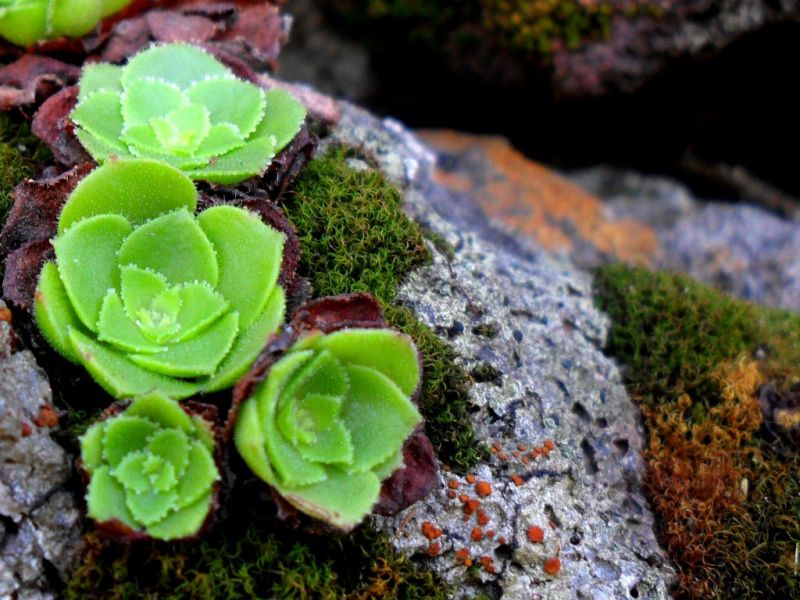