The existing fauna in Madeira Island is extremely rich in exclusive and endemic species. The invertebrates, while discreet present wide diversity associated to a high endemic rate.

In the “Laurissilva” forest alone it is possible to find about 500 endemic invertebrates species [1], amongst molluscs, arachnids and insects. The insects being the most representative group in number as well as diversity (about 20% of a total of 3.000 sorts of insects are endemic species). As for the malacofauna (snails) there are approximately 49 known species, 29 of which are endemic to Madeira.

As for the vertebrates, the avifauna is the most representative, with 20 species present in the “Laurissilva” forest, of which some Macaronesia endemics such as the Sparrowhawk (Accipiter nisus granti), the Kestrel (Falco tinnunculus canariensis), the Blackbird (Turdus merula cabrerae), the Blackcap (Sylvia atricapilla heinecken), and the Canary (Serinus canaria canaria). Others are endemic subspecies of the archipelago, such as the buzzard (Buteo buteo harterti), the Grey Wagtail (Motacilla cinerea schmitzi) and the Madeira chaffinch (Fringilla coelebs madeirensis).

Three species of bats inhabitants of the “Laurissilva” forest stand out, the Pipistrellus maderensis an endemic species, the Madeira leisler’s bat (Nyctalus leisleri verrucosus) a subspecies endemic to Madeira Island and the grey-long-eared-bat (Plecotus austriacus) a Palearctic species. The reptiles are represented by four species of gecko, the most common being the Teira dugesii. 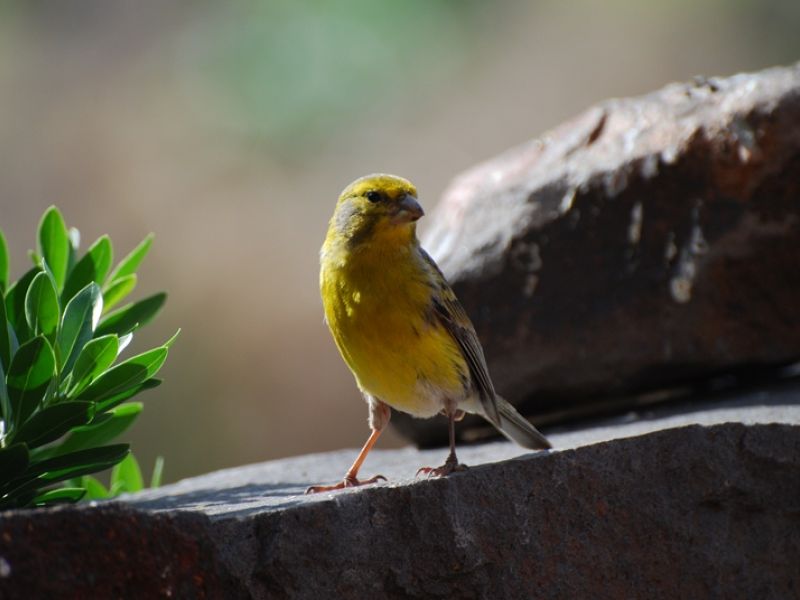 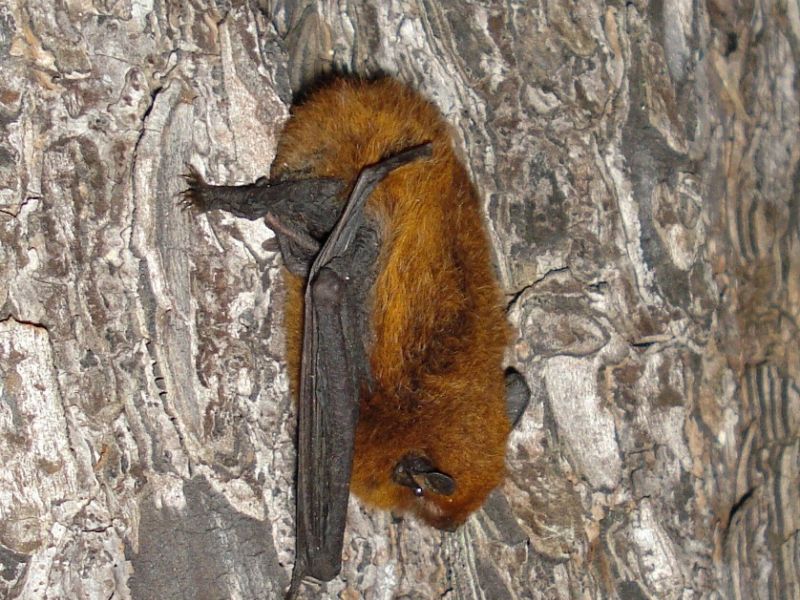 The emphasis goes to the long-toed pigeon (Columba trocaz), the laurel forest emblematic bird, which has a central role in seed dispersal. It is considered one of the most ancient species of the Macaronesian avifauna.

This bird, as well as the Madeira Firecrest (Regulus maderensis), one of the smaller birds from Europe, constitute the endemic species of this ecosystem.

Due the high avifauna value of this area it was recognized as IBA (Important Bird Area) by the Birdlife International.

The Central Mountainous Massif comprises a high biological diversity constituting a place of extreme importance to the nesting of one of the most rare and threatened sea birds, the Madeira’s petrel (Pterodroma madeira).

This bird, rediscovered in 1969 has been an object of interest for local and foreign ornithologists. Actions to preserve the species have been intensified since 1986.


Natural Reserve of “Sítio da Rocha do Navio” represents an area of great importance for the nesting of some birds, namely pelagic sea birds, such as the Cory shearwater (Calonectris diomedea borealis), coast line sea birds such as the common tern (Sterna hirundo) and the Yellow-legged Gull (Larus cachinnans). It is also a nesting area for bird species which occur in the Laurissilva forest such as the Sparrowhawk (Accipiter nisus granti), the Madeira chaffinch (Fringilla coelebs madeirensis), the Madeira firecrest (Regulus madeirensis), as well as for the only nocturnal bird of prey existent in the island the Barn owl (Tyto alba).

As for the marine fauna it is common to find large agglomerations of fish of diverse species, some of commercial interest such as Limpets (Patella piperata, Patella aspera and Patella candei), Toothed Winkles (Monodonta atrata and Gibbual spp.), the White Bream (Diplodus sargus), the Grouper (Serranus atricauda) and the Parrotfish (Sparisoma cretense), as well as large fishes such as the Dusky Grouper (Epinephelus marginatus), the Island grouper(Mycteroperca fusca) and the Red Hogfish (Pseudolepidaplous scrofa) . 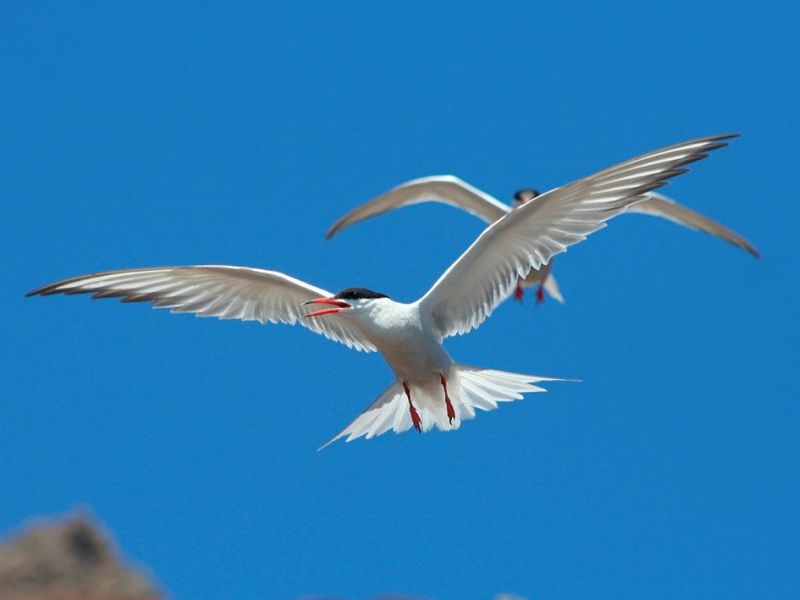 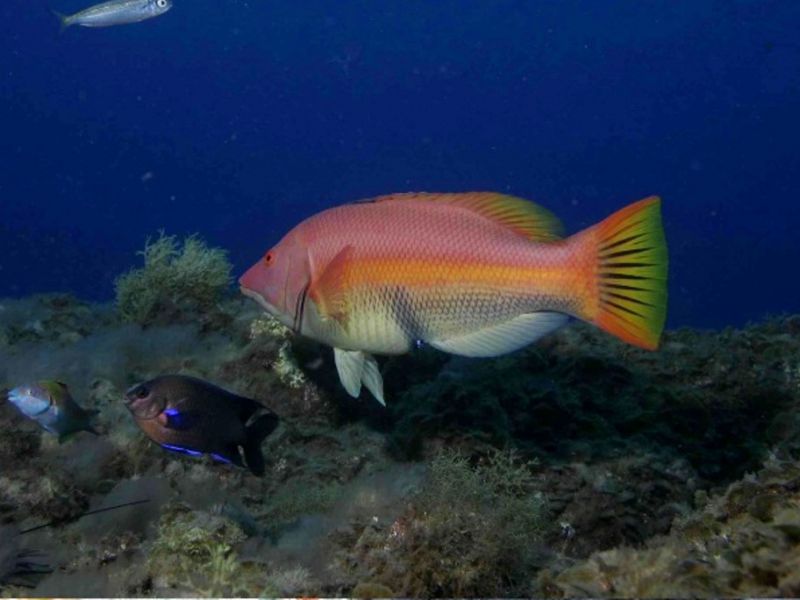 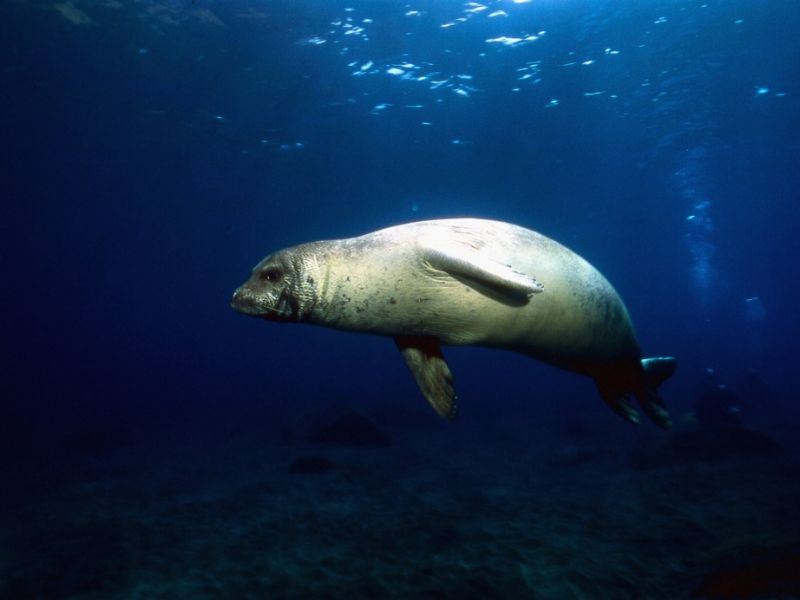